Ellie and I attended the Leadership Roundtable’s Catholic Leaders Summit last week. This annual gathering brings together diocesan leaders, clergy, university presidents, theologians, Catholic non-profit and business leaders, along with folks that have practical management experience and who want to help the Church be run with more accountability.

I was humbled to be part of a panel titled “The Vital Role of Women’s Leadership” to discuss how women’s leadership is a best practice of synodal leadership and a key element of co-responsible management. It also was the first time that this gathering held open space to explore the question of women’s ordination to the diaconate.

I sensed one persistent question echoing through the summit’s theme “Living Synodal Leadership: Our Call to a Unified Church” and the various panel discussions:  What is synodality?

Is it a management tool? A way to develop better strategic plans? Does it mean some kind of squishy feel good session where we hold hands and sing kumbaya? How does it avoid becoming yet another self-referential churchy-thing? Why are we having a synod on synods, doesn’t that feel super wonky and insider-y? I thought we were supposed to be about going out and being a field hospital.

Skeptics abound. One scan of twitter points to the extreme examples. Traditionalists think Jesus is absent from the whole process; progressive-minded Catholics are sure the bishops won’t lead us anywhere meaningfully, and definitely not quickly enough. Plenty on all sides think the marketing has been lame. Why use the word to describe the word? It turns off those very people the Church claims to be wanting to engage.

What is synodality then?

A quick aside to help you appreciate this Spirit-filled yet humble human being: When the scheduled homilist was stuck in DC rush hour traffic, Papal Nuncio Archbishop Pierre asked, following the opening rites of the mass – “does anyone have a homily?” (yes – several eyes shot over to me and I did raise my hand…) The Nuncio asked the Archeparchy if he would do it. A few minutes later, after the gospel was proclaimed, Archbishop Gudziak delivered a brief, potent homily that managed to be politically relevant, historically insightful, and spiritually significant to every person in the room.

He was able to remind us of the daily suffering of his own people at the hands of tetrarchs who have lost the ability to encounter the living God. The tragedy that begets in the world  (everyone he knows has loved ones who are being killed) and yet he pulsed with a calm, peaceful, powerful, Spirit-full presence.

“Just keep living it, don’t give up on it yet,” he urged us. “Synodality is not merely a topic for a couple of years, it is, and as Pope Francis emphasizes, always should be a way of life of the Church.”
Most Rev. Borys Gudziak
Archbishop-Metropolitan for Ukrainian Catholic Archeparchy of Philadelphia​

When I saw he was seated at the same table we’d spend the next two days at, I was eager to hear more of what he had to say. As the discussion turned to the topic of synodal leadership — most of us were using the  language of “individual choices” and “personal decision” and “what’s the action step though?” Here – Rev. Gudziak offered an intervention. Another way to approach the question of a lived faith, in communion and as an ecclesial body.

He invited us to consider the gift of our own diversity within the Catholic Communion –and to  look also to the East for wisdom about synodality.

“Synodality is a way of being. It’s communio, an experience of communion… think about when you fall in love with someone, you want to be together.” It’s not about an action plan. “Just keep living it, don’t give up on it yet,” he urged us. “Synodality is not merely a topic for a couple of years, it is, and as Pope Francis emphasizes, always should be a way of life of the Church.”

The community organizer in me loves an action plan. But synodality is part of the mystery of the Church here on earth, and so I have to resist the temptation to instrumentalize it.

In part, we answer the question by living it. Giving meaning through the experience of communion we discover; not through an abstract exercise or purely intellectual engagement, but living the synodal dimension of the Church. Realizing that we really are all pilgrims on a journey, that Jesus really is walking with us, that the Holy Spirit really does want to guide our steps in the way of peace. That priests and bishops don’t walk alone or above, but we walk together – all with gifts and contributions and roles to play.

As we live our way into understanding the meaning of the word synodality, we might see this as a learning journey of how to be with, not to prove each other wrong or right, not to win a battle or advance our cause. But rather, to learn the art of relating to each other through the tensions that arise and exist, valuing our relationships with each other so that we stick it out. Not canceling, not negating — but seeking out pathways to walk with each other.

Isn’t this how it is in our own families? At our best, we struggle to love each other as we try to take care of each other. We aim to tell the truth, to listen,

to ask for forgiveness when we cause harm and to repair the relationships that have suffered by our own actions or words or inactions. This way of love offers insight into a synodal way of being Church. A path of reckoning and reparation, not glossing over difference or hiding abuse under the rug. Not authoritative or all knowing, but humbly, seeking communion and forgiveness as we keep lighting the path of faith and hope for one another… 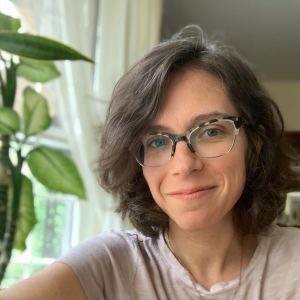 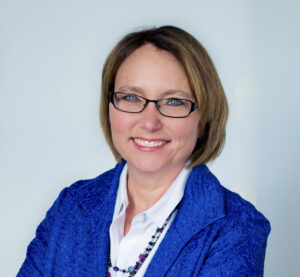